Wolves lost 1-3 to Manchester City at home. Coach Nuno said in a post-match interview that Manchester City is a strong opponent and his team should have a better performance. After the opening, the situation was not ideal, and the second half improved, but there should be greater improvement. 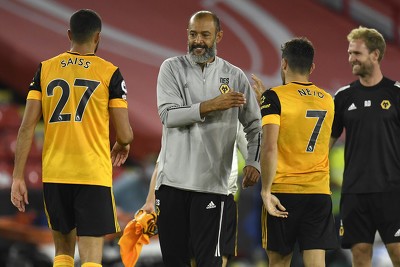 Nuno said: "We didn't start well in the first half. Manchester City did a good job of transferring the ball, which caused us trouble."

"We were awarded a penalty kick, and the game has become more difficult since then. We improved in the second half and created a lot of scoring opportunities. We knew that a single moment could change everything. The team performed very well in the second half."

He said: "Man City has a strong strength, we will always praise this opponent. But we should do better."

Finally, he said: "Even in the second half, we can still make great progress in some areas. We adjusted and then tried to adapt, which prevented Manchester City from passing midfield and interfered with their possession of the ball. We were able to press and regain the ball. . But unfortunately we did not get a different result at the end of the game."