In the Community Shield match held at Wembley Stadium last summer, Manchester City and Liverpool fought 1-1. In the end, Blue Moon had the last laugh in the penalty shootout. If you are still impressed, you must be impressed with Manchester City's offense and defense on the left.

Manchester City sent Ukrainian teenager Zinchenko as the left-back in that game, and he directly faced the Red Army's right-winger Salah. You may think this is nothing special, but the numbers on the two are more interesting than the game.

Direct confrontation between two No. 11s on the field is a rare scene. On the one hand, two players wearing the same number didn't have much chance to meet. On the other hand, we have to tell a short story.

Until recent years, the position of the 11th has been relatively fixed. In the 2-3-5 formation, No. 11 is one of the five strikers on the left. It can be said that No. 11 has been the exclusive number for the left winger since ancient times. Traditionally, the winger would live on the side of his dominant foot, so No. 11 is generally a left-footed winger. His task is to break through the bottom and send a cross. Giggs was known as the Welsh Wings in his early years, but he gradually changed his style of play at the end of his career, moving from the left to the center. 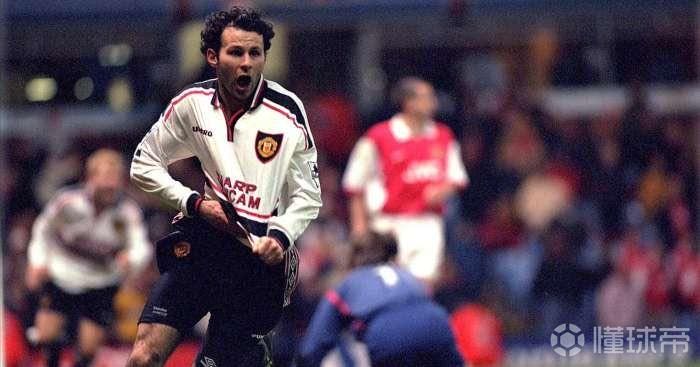 With the innovation of football tactics, the traditional winger is no longer the scene. Offensive full-backs are gradually emerging, and they can continuously output on the offensive end through the use of side passes. The traditional winger is gradually replaced by the inverted winger. The latter's in-cut attack and the offensive full-back form a perfect complement. For those left wing players who choose No. 11, there are two options before them.

If this player is talented and a natural attacker, he will switch from the left to the right, just like Salah. If a player is more inclined to cross in from the side, then his position will retreat and become an offensive full-back, just like Zinchenko. Therefore, the duel between Salah and Zinchenko explained the decline of the traditional left winger from two aspects. Except for midfielders, players with the same number on two teams have little chance to face each other, but nowadays, encounters between two No. 11s are commonplace.

Looking at the current No. 11 in the Premier League, we can find an interesting phenomenon-if they are distinguished by their preferred feet and preferred positions, we can divide them into four categories.

The first group is left-footed players kicking on the right, and the representative is Salah. So far, Salah has won a Golden Boot Award in the two full Premier League seasons he has spent, and he has also shared a league's top scorer with Aubameyang. There is also Lamela of Tottenham. The Argentine would rather shoot with his left foot than with his right foot. Although West Ham United’s set-piece expert Snowdgrass sometimes played in the center, he was basically active on the right during his time in the top league. Looking at the European continent, Real Madrid's Bell is also this type of player. Bell gradually moved from the left back of No. 3 to the left wing of No. 11 in Tottenham, and still retains the No. 11 jersey after moving to the right. 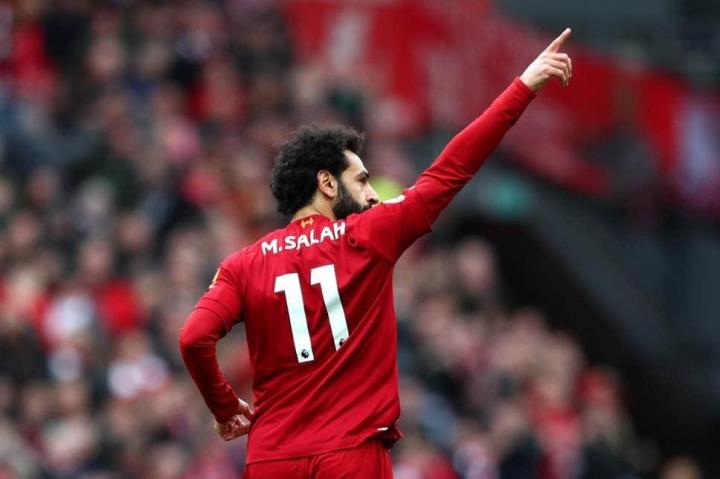 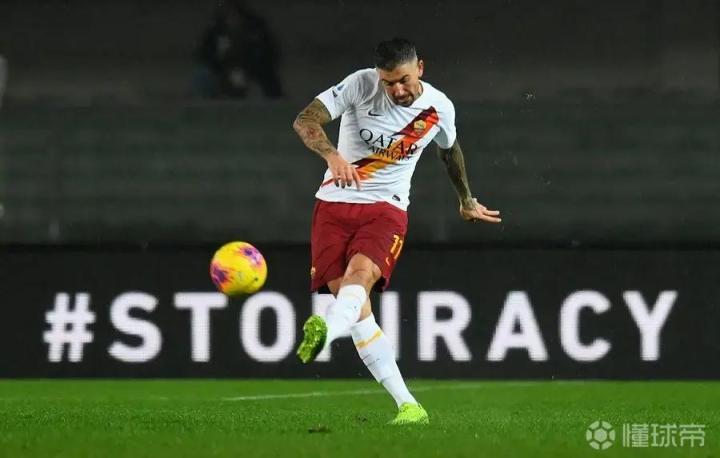 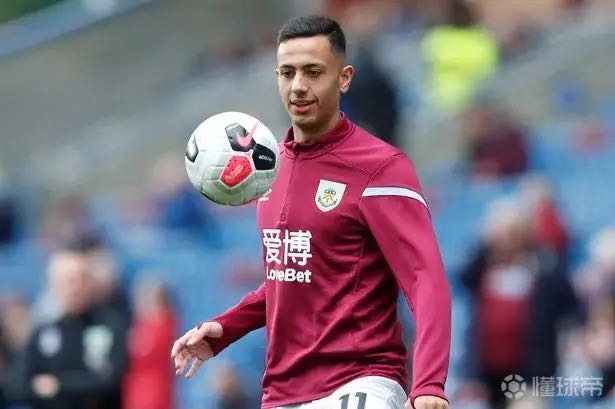 There is also a fourth category of players, they are right-footed players moving on the left. Zaha is such a player, but he was scheduled to play on the right for a while earlier this season. Leicester City's No. 11 Albrighton can also play on the right, but the most impressive thing is the cross from the left after the Fox won the championship season. Norwich’s O’Neill Hernandez is an honest left player.

Everton No. 11 Walcott is different from everyone else. He plays the right winger with his right foot. It stands to reason that players like him shouldn't wear size 11, but we can't complain. If we allow an inverted right winger like Salah to wear No. 11, and we don’t care about an inverted left wing like Zaha who wears No. 11, we might not be embarrassed to say something to a smooth right winger who is wearing No. 11. four. It feels like Walcott shouldn't wear the 11, but the problem may not be that he wears the wrong number, but his position on the court. In the years when Walcott played, it seemed that he rarely switched to the left, where No. 11 should be. Pinnacle Walcott is an extremely rare scoring winger. He is best at turning the goalkeeper with his right foot after turning offside to push the empty goal, instead of cutting from the left-he is a very dependent on speed and through. Ball players rarely dribble too much in order to create opportunities for teammates.

From a technical point of view, Chelsea’s Pedro and Walcott are the same type of players. They are both right-footed players on the right. However, Pedro has a balanced technique with both feet, and there is almost no difference between playing the left or the right. Chelsea's Pedro wears the No. 11 and the red and blue No. 7 when he plays for Barcelona. There is no sense of contradiction when he wears these two numbers. 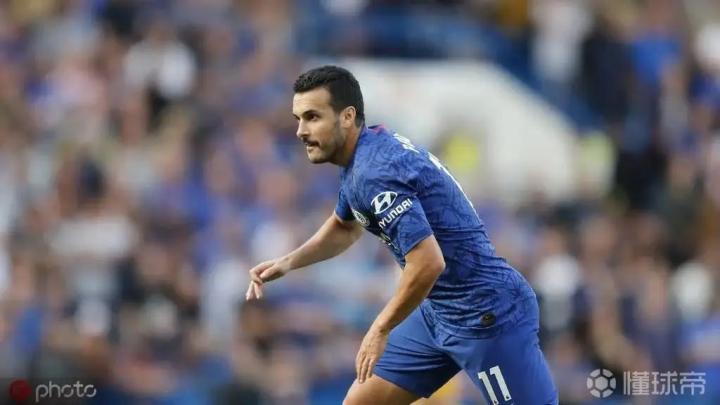 The most special No. 11 in the Premier League is Newcastle United's Rich, because he is a combination of Salah and Zinchenko. When playing for Bournemouth in the 2015-16 season, the left-hander Rich played the role of Salah, but after moving to Newcastle United, he turned to the left and became the left-back in the five-man defense system of the Magpies. You might think that he prefers to play on the right, but Richie, who doesn't threaten the goal enough, must adapt to the latter's role. In the British Championship, West Brom’s Brent and Rich’s situation are similar-Brent started from the left, often cameo on the right and left back, and has gradually stabilized in the midfield in recent years.

Regardless of whether it is on the left or the right, everyone agrees that No. 11 is a number belonging to a wide player, but there are always some people who do not play cards according to common sense.

But the defensive midfielder wears the No. 11 to justify, Arsenal's Torreira and Aston Villa's Nakamba are both No. 11 in their respective teams. Torreira’s reason is that his birthday is February 11th, but it is rare for football players to use birthday as a number. Italian players have this quirk. They often use the year of birth as their jersey number, so see During the Serie A game, we will find a lot of players with 80 numbers and 90 numbers, such as Rome No. 99 Justin Kluivert. It is worth mentioning that Kluivert revealed that he had begged Corallo countless times. The husband gave him the number 11, but the Serb also rejected him countless times. 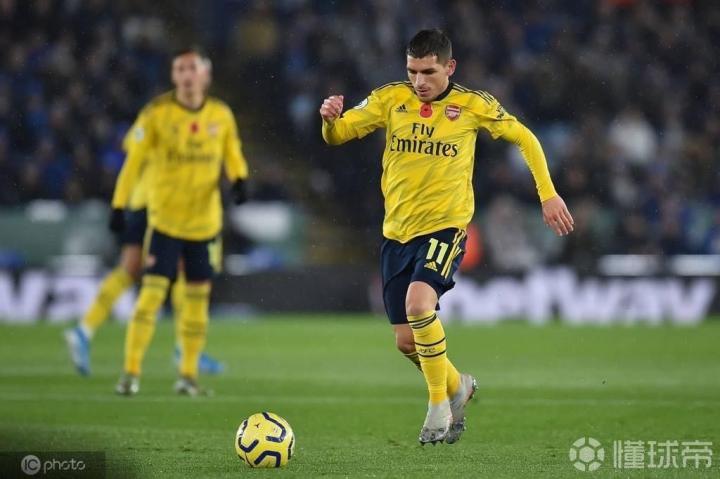 No. 11 is not the number that a central midfielder should choose. Some teams are used to arranging players from 1-11, especially those teams that have evolved from a parallel 4-4-2 formation to a diamond-shaped midfielder. As a result, the probability of No. 11 appearing in the midfielder position will increase significantly. .

For example, on the eve of the 2004 European Cup, England coach Eriksson was indecisive between the parallel 4-4-2 and the diamond midfielder. At that time, the team's No. 9 and No. 10 were Rooney and Irving respectively, which means that if you play a diamond midfielder, there will definitely be a player in the midfield quadruple wearing No. 11.

In the end, Eriksson chose a parallel 4-4-2, and he put Scholes, the long-time holder of England's No. 8 shirt, to the left. The national team rookie Frank Lampard wore No. 11 to hit the middle. This wave of operation seemed ridiculous at the time, but it was easy to understand considering the later story. After Scholes retired, Lampard inherited the No. 8 jersey of the Three Lions, and No. 11 was naturally left to the left midfielder.

Only one center player wears No. 11 this season, and he is Callum Robinson, a Sheffield United player on loan to West Brom. It’s not impossible for a center to wear No. 11, but only a striker with special skills chooses this number. First of all, it must be fast, and it must be able to run short. In other words, these centers must have the body skills of wingers.

So RB Leipzig's Werner wearing No. 11 is completely justified, because Werner always tries to penetrate behind him and always falls into an offside trap. Of course, he has already played a winger. In the 1990s, Italian striker Giuseppe Signori was a No. 11 player of this type. Although Irving had to choose No. 11 in Real Madrid, his style did not conflict with No. 11. Abang Raho, who has played for Aston Villa, is a typical No. 11 striker. In the 2018 World Cup, the No. 11 of England is Vardy. He also plays center as a winger. 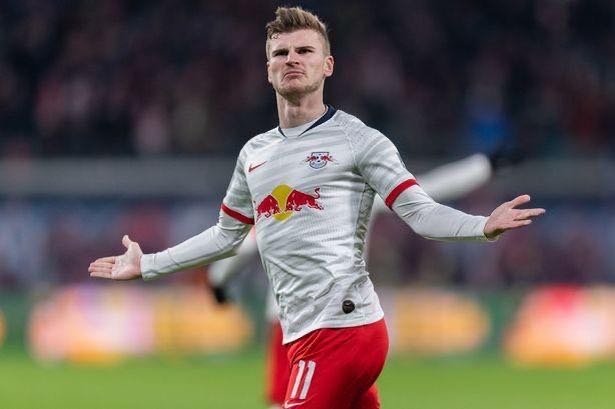 No. 11 is not a full-time center, but in the past ten years, AC Milan has several center players who have worn the No. 11, including Crespo, Gilardino, Borriello, Huntelaar, Ibrahimovic And Pazzini, etc. These people are orthodox center players. AC Milan almost gave up winger tactics during this period and recruited a large number of No. 10 players. This partly explains why forwards can only wear other numbers.

In English football, West Ham United is the team that likes to hand over No. 11 to the center players. Some players meet the characteristics of No. 11, and some are not reasonable. Let us briefly list: Enna Valencia (in line ), Zaza (unreasonable) and Karoo (outrageous). Drogba also got the No. 11 jersey when he joined Chelsea. Klose wore the No. 11 shirt of the German team and became the first scorer in World Cup history.

The most outrageous number 11 may be Mikhailovich, the Serbian free kick master dedicated his best years to Sampdoria and Lazio. Mikhailovich made his debut in Vojvodina and became famous as the Red Star in Belgrade. At that time, he was a physically strong midfielder, able to play in the middle and left positions. After that, he was forced to play in Rome for two years. Left back. After joining Sampdoria, Mikhailovich was furious when he learned that Eriksson still wanted to play at left-back, and was even more furious when asked to play at center-back. 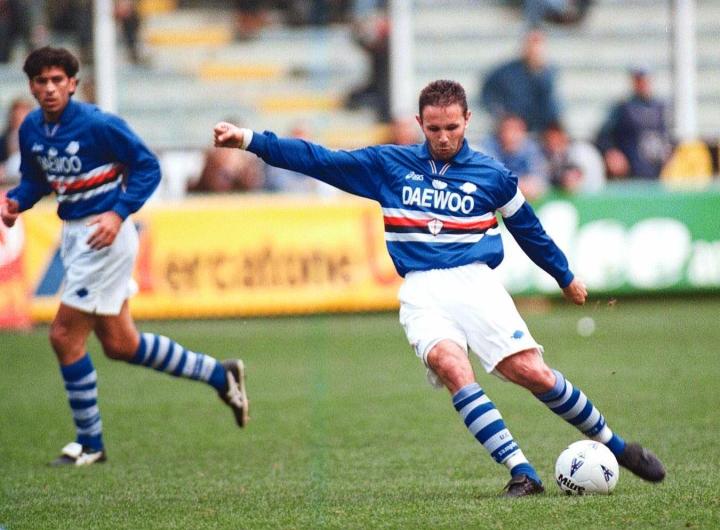 But Mikhailovich compromised and became a distinctive central defender. His only condition is that he still retains the number 11 jersey. While playing for Sampdoria, Lazio, Inter Milan and the national team, Mikhailovich is the holder of No. 11.

Although it seems unreasonable for Mikhailovich to insist on wearing No. 11 as a central defender, considering the changes in his position and the team's tactics, things become much easier to understand. Moreover, if a player can score three free kicks with his left foot in a game, then he really has no problem wearing size 11.