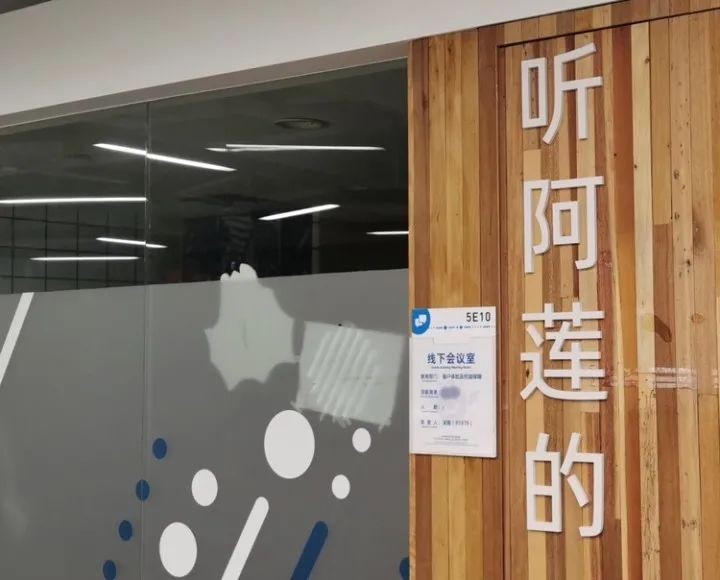 At the 2008 Ali annual meeting, Jack Ma wore a white dress and a golden wig. Everyone laughed. The picture was posted on the Internet and was called "the ugliest Snow White in history."

In 2009, Ali's annual meeting was held in the Ten Thousand People Stadium. Jack Ma wears a red and black jacket with a cockscomb head and a white wig. He looks like Lady Gaga from a distance. The huge screen showed him and Cai Chongxin, who was dressed as Marilyn Monroe, instantly igniting the atmosphere of the scene. 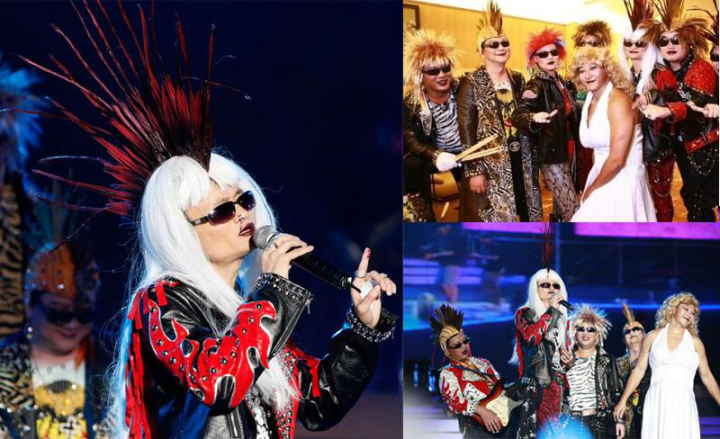 On December 7, 2009, Alipay’s daily transactions exceeded 1.2 billion, and all business KPIs that year were overfulfilled. The New Year is approaching, and more than a thousand employees have prepared the show, looking forward to the grander annual meeting, and imagining what new ridiculous appearance Jack Ma has.

In January 2010, when everyone walked into the venue of the annual meeting, they realized that there was no stage and the lights were dim. The broadcast sounded at the scene, and 10 user recordings from the customer department were played, all of which were accusations, complaints, swearing and criticism.

Jack Ma didn't have any special outfits that year. If there was anything impressive, he made the biggest fire in history: "Rotten, rotten, terribly rotten! If you don't pay attention to it, this is Alipay's memorial service!"

Ma Yun shook his words: "Some customers have responded, if there is another Alipay, I will definitely not use yours."

This sentence comes from Alian, a woman who changed the fate of Alipay.

In 2009, after her daughter was born, A-Lian spent more time at home. It is not convenient to take the children out, she learned online shopping with a group of mothers. Because of fear of being deceived, A-Lian seldom searches Taobao for shopping. When she wants to buy something, she goes to the Baoma group to browse the links and see the shops recommended by her sisters.

After picking the goods, she will find her husband to pay. It's not that A-Lian has no money, but it's just that A-Lian's husband is a programmer-only he can go through many trials and complete the final payment.

And every time you jump to a page, the customer churn rate will increase by 5%. So although it is called "Alipay", it only has a 62% payment success rate.

On November 11, 2009, Taobao held Double Eleven for the first time. Taking advantage of the activity, A-Lian took a photo album for the child on Taobao, ready to use when the child was one year old. However, when it came to the payment link, Alian was stuck again. After Taobao clicked to confirm the purchase, her account could not be redirected to Alipay, and there was no prompt on the page. The seller told her that it might be a problem with Taobao and asked her to reshoot the next day.

The problem remained the same the next day. After Alian tried back and forth for more than 40 minutes, the words "please import a digital certificate" were still displayed on the screen. In the previous month, Alian had just participated in a group purchase, and the transaction was closed 4 times, and it was only successful the fifth time.

This time her husband was on a business trip, A-Lian was tossing until ten o'clock in the evening. Tired and sleepy, Alian got angry, ran to Alipay customer service, and sent out all the complaints she had accumulated for a long time:

These words spread into Ali's intranet, until Ma Yun.

Alian's experience is not alone. When a buddy from Anhui was shopping on Taobao, he failed to pay seven times. In the end, he took a two-hour train ride from Ma'anshan to Nanjing to apply for an Alipay Long card before successfully completing the transaction.

At that time, Alipay had 270 million users and daily transaction volume exceeded 1.2 billion yuan, but the payment success rate was less than 60%. It's like a green train running fast, but it's crowded and run-down. People have to sit, but everyone who sits is scolding their mothers. Fortunately, Alipay heard the voices of "Alian" and began to tinker with a technology called quick payment.

After that annual meeting, Peng Lei became the new CEO.

Peng Lei is one of Alibaba's eighteen arhats. Before coming to Alipay, she was the chief human resources officer of Alibaba and had never been in contact with the financial payment industry. But as a senior HR, Peng Lei has a lot of experience in forming a team. 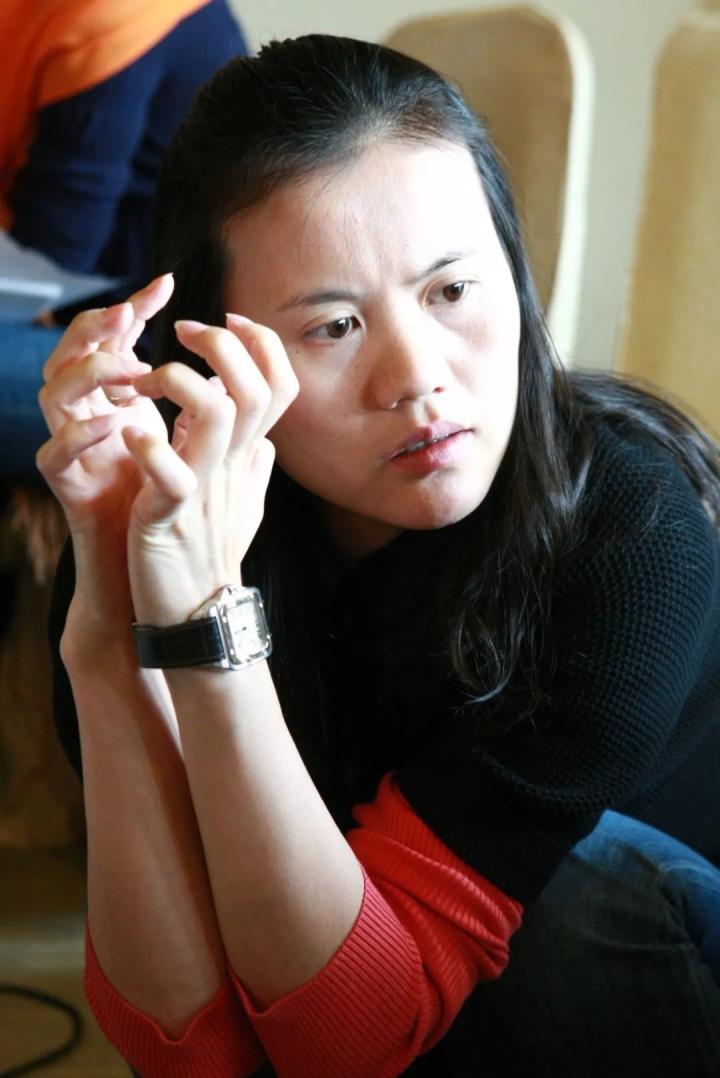 The first thing Peng Lei did when he took office was to hold another meeting for the Alipay team.

In order to boost the military spirit, after the Spring Festival, Peng Lei led the Alipay team to open a four-day meeting. She didn't talk too much about business issues, but took everyone to drink.

For the Alipay team, the biggest feeling after the annual meeting is grievance. At that time, Alibaba was listed and Taobao's business was booming, but Alipay was facing a crisis of being replaced at any time. This contrast makes almost everyone in Alipay feel emotional.

At the dinner party of the meeting, everyone put a bottle of red wine in front of them. Peng Lei took the lead, and the audience toasted one by one. The grievances in the heart were released under the influence of alcohol, and many old Alipay employees cried with headaches at the meeting.

After drinking, Peng Lei gave the team a deadly order: "Don't talk to me about the transaction volume, I just want to pay for the success rate and feel safe."

Peng Lei does not understand financial payments, so she puts forward suggestions for improvement to Alipay from the perspective of consumers rather than practitioners in the payment industry. What she does most often is to collect user Tucao links from the Internet to the team so that they can give solutions within a limited time.

They found that most banks have a "all-in-one card" service. Users only need to bind with online banking once to open the deduction payment process, "one contract, multiple use". After the user binds the online banking and Alipay again, they can initiate a deduction through Alipay.

As long as this link is established, when users pay via Alipay, they no longer need to jump to the bank's webpage and can directly use Alipay to deduct money. Peng Lei immediately decided to make a quick payment along this path. As long as the bank is opened, there is hope for quick payment.

But the problem is that this model has a lot of financial risks.

And what banks hate most is risk. Whenever Alipay and the bank talk about it, once it comes to the risk assessment process, the bank chooses to give up.

After all, who wants to take risks for a young company?

At this time, they met Wang Tongtong.

To this day, Wang Tongtong's computer still retains a folder called "Quick Payment", which contains more than 30 documents including meeting minutes and agreements. The revision period of the document varies from 2010 to 2011.

At the end of 2010, Bank of China was the first to cooperate with Alipay for quick payment. After that, the cooperation between Alipay and other banks quickly opened up.

It was Wang Tongtong who helped Alipay get through the first level of fast payment. In 1999, Wang Tongtong worked in the Qingchun branch of Bank of China. Alibaba opened an account here when it was first established. Employees' salaries are paid here, and the fate of Wang Tongtong and Ali began.

Alipay was established in 2004. A year later, Alipay's Hu Xiaoming (now CEO of Ant Group) approached her and wanted to open an agreement deposit account with Bank of China. At that time, Alipay was still a small company with a small name. The agreement deposit had a deposit threshold of 500,000. Many banks did not believe that this company was only established for a year, so they had to put out 500,000.

Only Wang Tongtong promised Hu Xiaoming: I will help you open the account, and you can transfer in another 500,000.

After Alipay was established, Ali began to be involved in the payment industry, and the number of cooperation between Wang Tongtong and Ali also rose sharply. In the early days of Alipay's establishment, there were many overseas acquiring businesses. Wang Tongtong, who was in the International Settlement Department, helped Alipay handle the overseas remittance business. It is often that Alipay provides demand, and Wang Tongtong coordinates the internal implementation of the bank.

Some banks are afraid of trouble, but Wang Tongtong feels that banks are also a service industry and it is right for them to serve customers well.

In 2010, Wang Tongtong was transferred from the branch to the provincial bank's online finance team. The establishment of this department itself is to better serve Internet companies, which just hit it off with Alipay, which wants to make quick payments.

It took Alipay more than a year from finding the door with a quick payment solution to finally launching this service. Wang Tongtong’s deepest impression of this past collaboration is that he “had countless meetings”.

The function of quick payment seems simple and small, which is to deeply bind the bank's "cartoon" business with Alipay, but the risks involved are not small.

In order to dispel the bank's concerns, such as details such as user information security, Alipay employees communicated with Wang Tongtong countless times. She still remembers that one time she went to the Beijing head office on a business trip, but the phone didn't stop on the way to and from the plane. She answered more than 50 calls a day, calling two mobile phones until they were dead.

Ali employees repeatedly stressed to them that Alipay should bear the risk of payment. In addition to technically enhancing security, Alipay will compensate all users if they are stolen.

The perseverance of Alipay employees impressed Wang Tongtong and Bank of China. They finally decided to start a pilot program in Zhejiang to launch fast payment services. 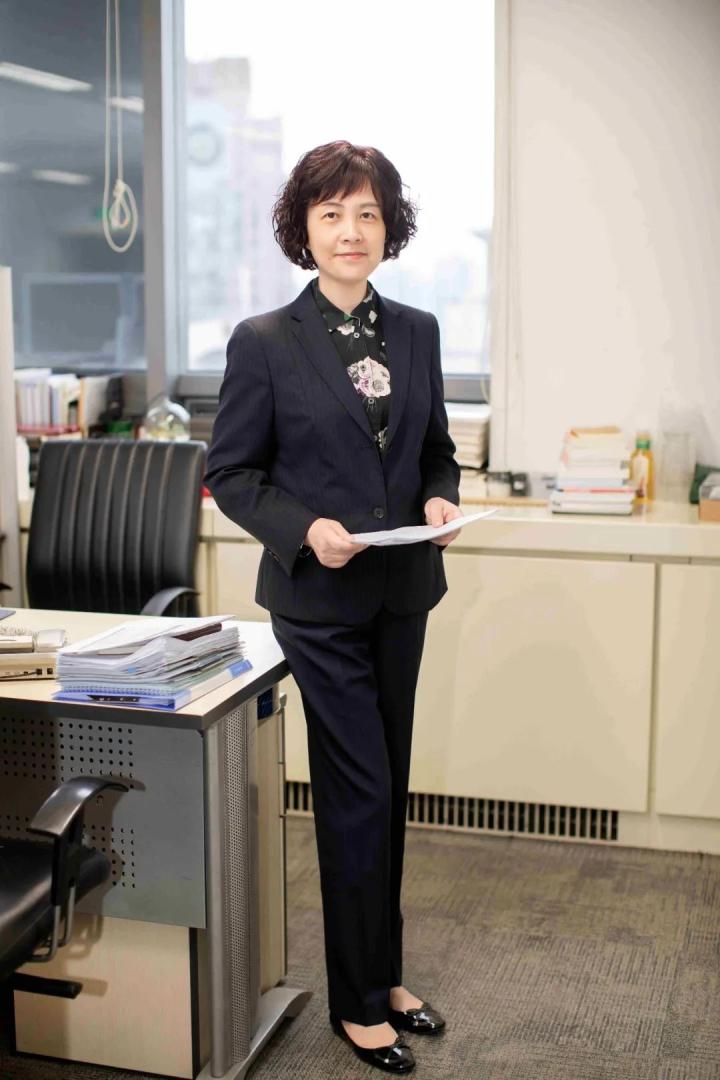 Half a year later, Alipay's quick payment service cooperated with the credit cards of 10 banks including Bank of China, Industrial and Commercial Bank of China, and China Construction Bank, raising the payment success rate to 95%.

It's because they all started to care about "Alian".

Fast payment banks can do it themselves, but at the time the banks felt that the importance and effectiveness of this matter were not so high.

When smart phones became popular, quick payment was moved directly from PC to mobile, and mobile payments quickly spread across the country.

As a witness and promoter of this cooperation, Wang Tongtong feels that if it were not for Alipay and Bank of China to take this step, the popularization of mobile payment would not know when it will come.

"This is also something I am very proud of in my career." Wang Tongtong said.

Alian, who vowed never to use Alipay again, has become a loyal fan of online shopping. Like a billion Chinese who use fast payment, receiving one or two express delivery a day has become a daily life for Alian. During the epidemic, Taobao even swept Alian's family of firewood, rice, oil and salt.

A few days ago, Alipay launched the "Looking for Alian" campaign. 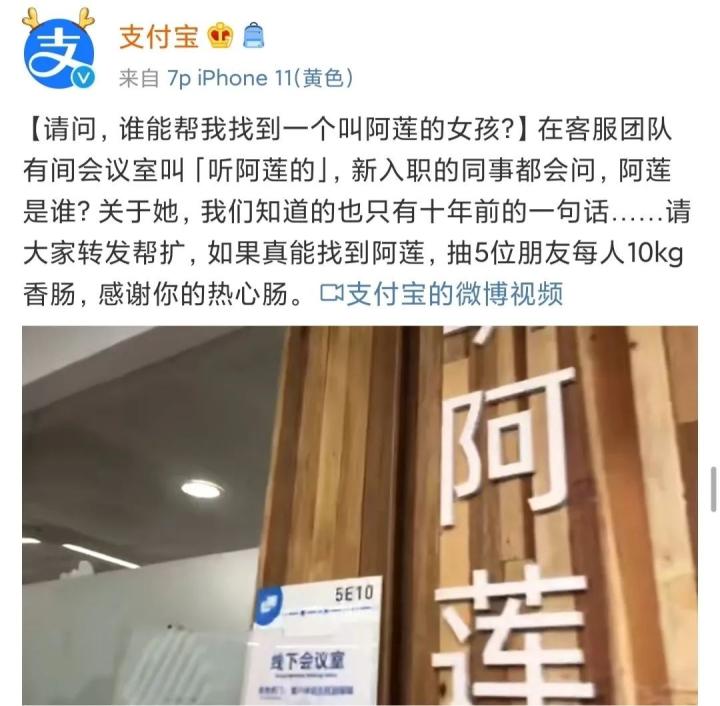 When Alipay found Alien, she knew that she was so famous within Alipay. Moreover, in the Alipay building on Tianmushan Road in Hangzhou, there is a conference room called "Listen to Alian's", which is used to collect user feedback.

Now, A-Lian's daughter has grown from the baby in the album to a big girl. A-Lian has almost forgotten the trouble of payment that year. 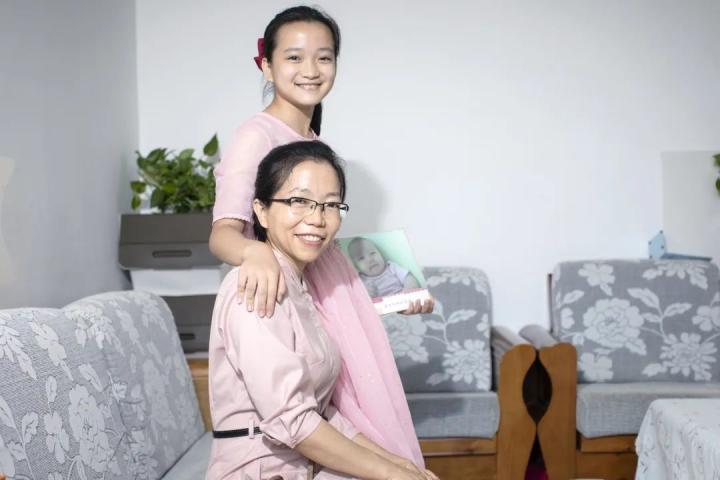 Those growth and changes happened so quietly and quickly.